What might initially appear to be the unexpected interaction of two mammals not normally considered to be natural allies, actually turns out to be the cooperative fusion of artistic form and reliable function.

The two organisations behind this fusion are the Lake District Calvert Trust, a charity first registered in 1976 with the intention of enabling people with disabilities to benefit from outdoor activities in the countryside and Telford based Amenity Land Solutions (ALS), who have been successfully supplying innovative products into the Amenity Horticulture, Landscaping and Sport Turf Management sectors for over 25 years.

Calvert Trust consists of three sites in Keswick Lake District, Kielder and Exmoor, but it is the original location of the Lake District where the cooperation between Platipus™ and Herdwick's Ewes is to be found.

Bill Bell, Project Chairman of Go Herdwick - a public art trail which runs from 25th March until 4th September, with the objective of raising funds for the Lake District Calvert Trust explains what has transpired.

"The idea of public art trails is very well proven, usually in major town and cities, at raising funds for charities. It was suggested we could do one in the Lake District featuring sheep, specifically the Herdwick which is Cumbria's native breed, and we have since worked hard to bring this fantastic idea into fruition.

Our aim is to raise in excess of £100,000 for the redevelopment of Old Windebrowe, our grade 2 listed farmhouse and tithe barn which is thought to date back to the 1550's and was once used as a home by William Wordsworth. 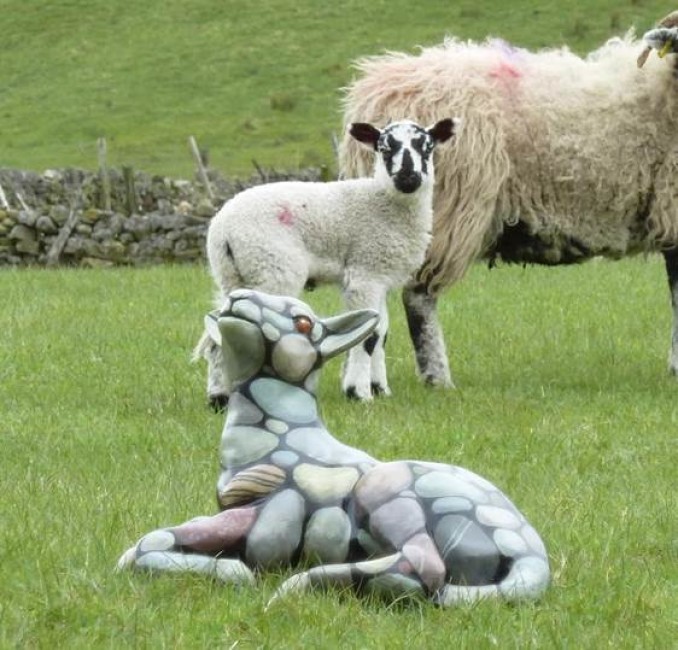 The redevelopment will deliver six specialised self-catering apartments suitable for stroke survivors and those with acquired brain injuries or physical impairments. The facility will include a communal area allowing guests to receive occupational therapy and rehabilitative support on-site. This allows those individuals to get away with family from their normal day to day situation, in an environment that will cater for their abilities. Once here the Lake District Calvert Trust provides them with opportunities designed to undertake a range of activities which may include sailing, canoeing, horse riding, abseiling or even paragliding. With the additional benefit of being able to access the activities we already run, this development will be a unique new service and further develop the Lake District Calvert Trust offering."

The Go Herdwick trail consists of 60 ewes and 48 lambs, decorated by a range of artists and local community organisations. All of the lambs have been sculpted lying down and are on display in various internal locations. The ewes are all free standing with 30 inside local shops and another 30 outside and it is those outside which required the cooperation with the Platipus™.

Bill explains; "once all associated costs have been factored in each of the ewes costs the charity around £1,000 so we needed something which would not only securely hold them into the ground but would maintain the illusion that they were simply free standing. This is where the Platipus™ Tree Anchoring System came into its own. We spoke with James Norton at Amenity Land Solutions (ALS) and he was able to provide us with the correct advice and information we were looking for to give us confidence that we could adapt the system for our needs."

"Each of the ewes has two sections of angle iron fixed to the base which is then used in conjunction with captive nuts and studded rods to fix it to the ewes feet."

"The same section of angle iron also has holes drilled in either end. We used these holes to secured the ewe below ground level with the Platipus™ anchors which were driven in at the four corners to hold the ewe down. Finally we fixed each wire from the Platipus™ ground anchors in place with a bolt and two washers." 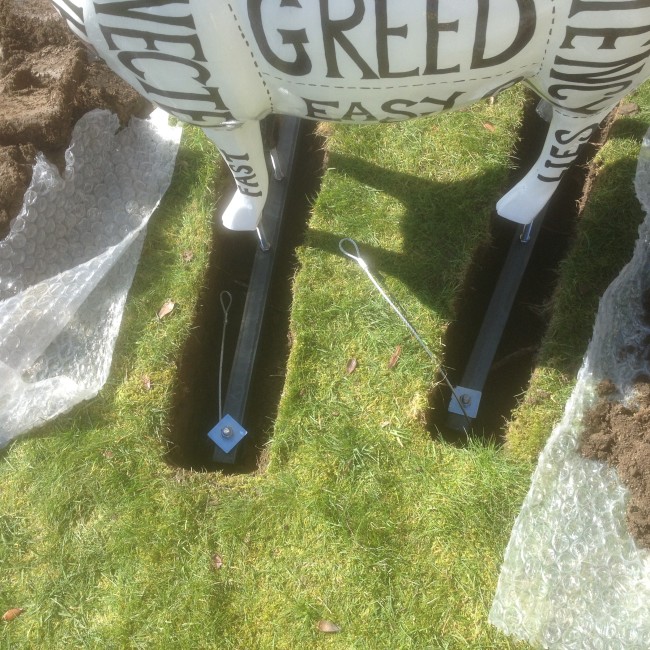 "This has secured the ewes well and once the hole is backfilled and the turf reinstalled over the top of the system you can only see ewes feet on the ground, which is really neat and effective at creating a good impression for the trail visitors."

James Norton was delighted to assist on this unusual request for the equipment, commenting; "this is an innovate use of the Platipus™ root ball fixing system that is usually employed by landscape professionals to secure root balled and containerised semi-mature trees."

"In this instance it was adapted to secure a 'flock' of ewes and prevent them from straying, I thoroughly enjoyed helping Bill out with this project and wish him and the team all the best in achieving their targets"

The Lake District Calvert Trust hopes to reach their £100,000 target with a range of initiatives such as trail guides, miniature replicas of the Herdwick ewes and photographs which are available to purchase online.

The project culminates with the Go Herdwick Grand Gala Auction to be held at the Low Wood Bay Hotel, Windermere on Saturday 8 October.

The trail was give the Royal seal of approval by HRH Prince Charles when he visited on the 24th March and the trail continues throughout Cumbria until 5th September.

For more information on the Platipus™ Anchoring System and Amenity Land Solutions you can visit the ALS website or contact direct on the details below. 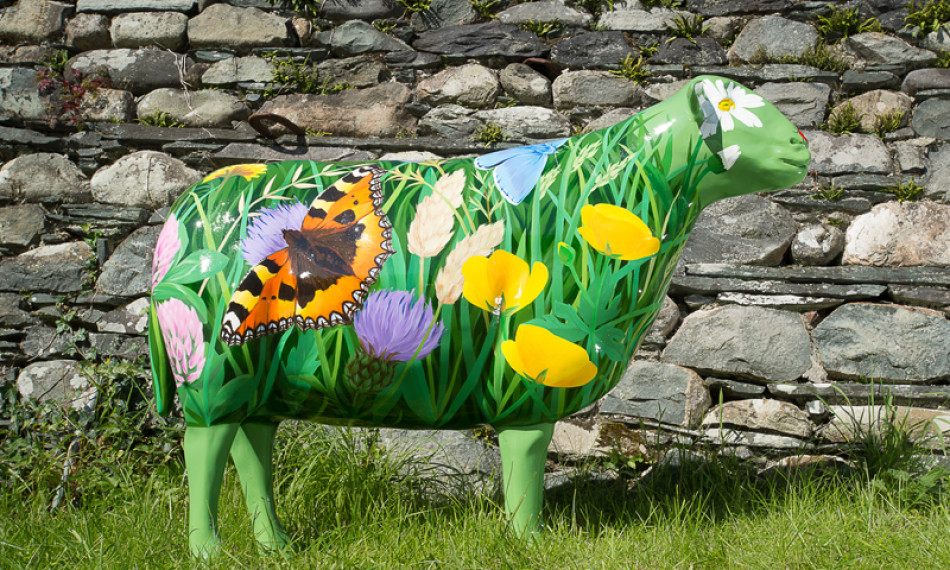 Full details can be found on the Go Herdwick website here