When Two Garys Work Together, Success Is Sure To Follow

The award winning grounds team at Cartmel Racecourse reveal their nutritional approach to course management, and how this has helped improve their course presentation to a passionate crowd of Cumbrian racegoers.

Cartmel Racecourse is situated in the picturesque English Lake District, and is an increasingly popular destination for horse racing enthusiasts and families alike due to its scenic location and wide-range of tourist attractions. 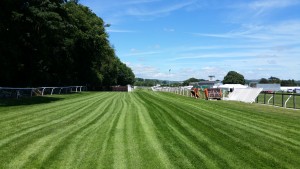 The racecourse had an extremely successful year in 2016, with nine days of racing drawing in large crowds of people. They were awarded 'Racecourse Ground Staff Champions' at the annual Racecourse Association Showcase & Awards event which was sponsored by Pitchcare. At the same event they were also recognised in the 'Jump' category for widening the course, improving the drainage and irrigation and developing other areas of the racecourse, benefitting the horses, participants and racegoers. These awards come as the result of a lot of hard work by the Grounds team led by Gary Sharp, Head Groundsman at Cartmel.

Gary Potter, Area Sales Manager at Amenity Land Solutions, has been supporting Gary Sharp in his efforts to maintain and improve the racecourse with a tailored nutrition plan. On Gary's recent visit to the course, Gary Sharp revealed that the feedback from people on the quality of the course had been exceptionally positive; "Comments from people involved in the equine industry, including the Regional Course Inspector, trainers, owners and jockeys alike, have been encouraging. They have never seen Cartmel in as good a condition, which is a credit to our small team here." 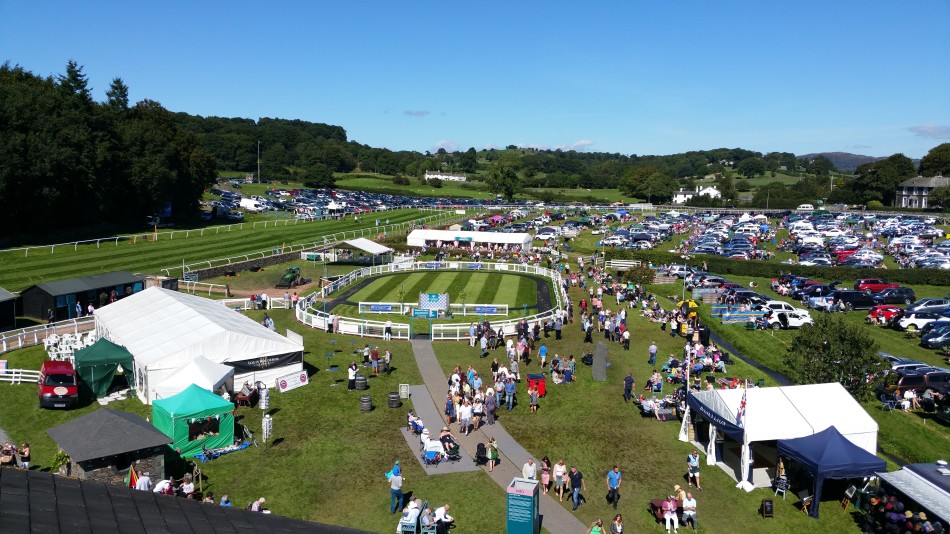 The track at Cartmel has an unusual layout, as spectators can watch from the inside of the track allowing them to get closer to the action; this being one of the reasons why the first six and a half weeks of the season welcomed one of the greatest numbers of horses in the racecourse's history. While this is brilliant news for the racecourse, the heavy use of the site would take its toll on the turf, so to prepare for the first race of the season, Gary applied Lebanon Proscape 12-6-24 +4MgO at the beginning of May to ensure the turf was strong and had a naturally healthy colour.

With over 200 horses running the course fifty-nine times in total, major recovery was needed after the first weekend of racing. To aid re-establishment, Gary used pre-germinated grass seed in large areas and applied the organic Maxwell Turf Food 16-3-8 + 2MgO+1 Fe to promote growth and assist with the colour of the turf. Then, at the beginning of June, in preparation for the next set of races later that month, he again applied Lebanon Proscape 12-6-24 +4MgO to assist with turf resilience. 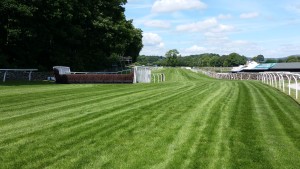 July brought a six-week period with seven race days. Maxwell Advanced Generate 12-3-9 +2MgO +2Fe was used at the beginning of the month to encourage growth and provide good colour and healthy turf for the racing weekend mid-July. On average, these weekends see around 30,000 people flock to the site, so in anticipation for the August bank holiday weekend, Gary applied Maxwell Premier 14-2-7, to promote healthy growth and quick establishment of new seed.

Cartmel Racecourse also hold concerts and other events along with the racing on bank holidays. The Maxwell Premier range, particularly 14-2-7, is used on the football and cricket pitches, as these are used for parking and camping by the visitors.

Last year, Jools Holland and his Rhythm and Blues Orchestra performed on the May bank holiday weekend. They also held a Simply Red race day where the camping pitches for caravans and campervans sold out in less than two hours after the tickets went on sale. Gary and his team were under pressure to ensure these heavily worn areas recovered quickly, so used Maxwell Premier 14-2-7 as well as Maxwell Premier 3-3-12 in preparation for autumn and winter. 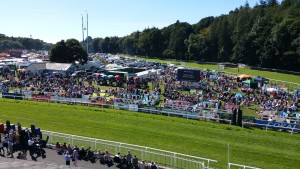 Mike Harbridge, the course Agronomist and Managing Director from Professional Sportsturf Design commented that, "the course has never looked as good, especially with all the wear and tear it took throughout the season. I highly commend Gary Sharp and his team for the tremendous work and efforts they have put in."

Gary Potter also applauded Cartmel on their success; "Congratulations to Gary Sharp and the team for their achievements and awards from last year, but just seeing the venue is reward in itself. The place is awesome!"

2017 looks set to be just as busy with nine fixtures between May and August, as well concerts and other events.

Please see the range of fertilisers that are available from ALS. Contact details below:

Gary Potter is the Area Sales Manager for ALS in Northern England and contacted on the details below: